What are the Warning Signs That I’m Having a Dental Emergency? 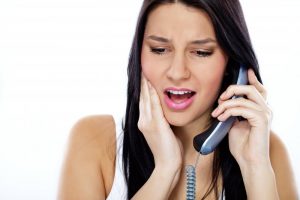 A surefire way to ruin an otherwise nice day is for a dental emergency to suddenly emerge. In addition to disrupting your normal way of life, it can also cause some other serious problems. How can you recognize the symptoms of the developing issue, soon, so you can get the help you need and prevent any unnecessary suffering? Continue reading to get some helpful tips from a local dentist.

END_OF_DOCUMENT_TOKEN_TO_BE_REPLACED

Comments Off on What are the Warning Signs That I’m Having a Dental Emergency? 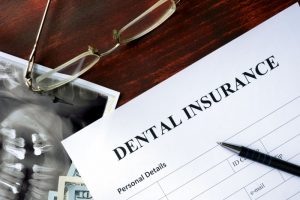 If you have dental insurance, you’re at a much greater advantage than people who don’t. That’s because insurance provides you with a way to keep your smile clean and healthy. There’s a caveat, though; dental insurance is only beneficial if you actually utilize it. With the end of the year rapidly approaching, it’s of the utmost importance that you get an appointment to see your cosmetic dentist before 2020. As you continue reading, you’ll learn why!

END_OF_DOCUMENT_TOKEN_TO_BE_REPLACED

Comments Off on Don’t Let Your 2019 Dental Insurance Benefits Go to Waste!

Dental Care Tips You Need to Know This Halloween 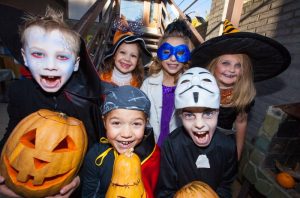 If there’s one thing that all kids love (and most adults if we’re being honest), it’s free candy. In fact, you’ve probably already bought yourself a big bag in preparation for all the kids who are going to be knocking on your front door and showing off their spooky costumes. If there’s one nightmare you should avoid though, it’s chronic tooth decay and cavities. If you want your child to avoid chronic tooth decay and cavities by the time the next holiday rolls around, consider these essential tips from a children’s dentist.

END_OF_DOCUMENT_TOKEN_TO_BE_REPLACED

5 Reasons to See the Dentist before Going Back to School 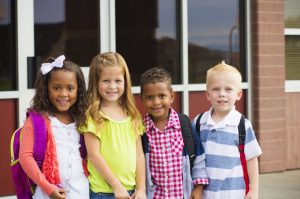 You and your child have just come back from your amazing vacation to the beach. Summer has seemed to fly by so quickly this year, and you realize that school is just around the corner. It’s time to get your child ready for another academic year. Although you certainly should gather the necessary supplies and new clothing or shoes that your child needs, have you thought about preparing their smile? In this blog post from your dentist in North Andover, you’ll learn five reasons why you should bring your child for a checkup before the new school year begins. END_OF_DOCUMENT_TOKEN_TO_BE_REPLACED

Last week I spent three wonderful days at the Spear Institute in Scottsdale, Arizona, for some intense continuing education. While some would think Scottsdale would be an ideal place to sit by the pool or play some golf( well it is), I spent most of my time in the hands on lab perfecting techniques that we use every day. Our day began at 7:30 am and ended at 5:30 for three days with a little time for lunch but not much else. I wouldn’t change a thing.
The atmosphere and excitement by the staff and students is electric. Everyone there wants to learn, share and renew our excitement for excellent dentistry. While exhausting and at times overwhelming, the Spear Center is a place to learn from the best in the world. It is an environment that stimulates learning and fosters excitement about what you can bring home to share with our patients. So if I seem fired up, I am. I can’t wait to share with you what excellent dentistry can do to improve your life.

Comments Off on Continuing Education

It is with great concern that tonight I read of a dental office in Oklahoma that might have not been sterilyzing instruments properly creating possible disease transmission.
While I am usually very skeptical concerning anything reported by the media, it appears some serious violations of normal operating practices were violated in Oklahoma.
We realize patients have enough anxiety about visiting us without needing to worry about the prospect of cross contamination and the spread of disease. Let me assure all of our patients that all infectious disease protocols are followed to the letter at our offices. Anything that comes in contact with a patients mouth is either sterilyzed or thrown away. The dental chair and surrounding areas are thoroughly sprayed and wiped with a disinfectant spray.
In our sterilyzation area, there are compartments that are clearly segregated to keep any pre autoclaved instruments from coming in contact with those already sterile. Our dental assistants and staff routinely take continuing education on infection control to provide our patients with a safe dental office.
All of us here take infection control very seriously. I have spent many thousands of dollars to create a state of the art infection control area. If you have any concerns, please ask one of us about our infection control protocols. We will happily talk with you or show you the procedures we take to keep our patients safe.

Comments Off on Sterilization

What are we trying to do

I think that there are times when patients are not sure what we are trying to do. I will try to clarify what we as the dental team are trying to accomplish.
When we examine a patient, either for the first time,at recare visits or during an emergency visit, there are several things that should be considered. First, an easy one, pain. One of our priorities is to determine the causes of pain that a patient reports. Frequently we will question the patient to help identify the source. Is pain constant? Temperature related? What is the duration? How long have you noticed the discomfort. These questions along with other diagnostic aids such as visual examination and dental xrays will aid us in determining ways to eliminate pain.
A second area we must address is the elimination of disease. There are several types that we see frequently. Caries, or more commonly dental decay. Periodontal disease, or gum disease is also common. Occlusal disease is the loss of tooth structure through excessive wear, chemical(ie acid) attack or trauma. And certainly we must be on the lookout for any soft tissue changes that could be cancerous.
And finally, we must check the health of the jaw joint or TMJ’s.
So with this information, what are the goals of treatment. For me, there are three. 1. Eliminate disease. 2. Restore form and function. 3.Create stability. In upcoming posts, I will break down these three goals and relate them to what we see during our examinations.

Comments Off on What are we trying to do

Hopefully, people are regaining their power and internet service so that you can read this. You will remember that last month I began a discussion on some of the realities regarding silver amalgam.  I finished last months blog stating that silver amalgam fillings are held in the tooth by the shape of the cavity preparation created by the dentist.

Unfortunately, the “undercuts” created by cavity preparations for silver amalgam create what I feel is one of the biggest drawbacks. The cavity preparations for silver amalgam often will remove more solid tooth structure than a preparation for composite, or tooth colored fillings.  Often these preparations, combined with the different expansion contraction properties between tooth and silver amalgam often create cracks in teeth that can lead to a fractured tooth. It has been my experience over the past 22 years to see many more teeth that fracture with silver fillings as opposed to composite fillings. I will not say that teeth with composites never break but it seems much less frequent. Why is this?

As I said, cavity preparations for silver amalgam usually require more tooth removal than for composite. Composite fillings are bonded restorations meaning the tooth is treated to allow a microscopic bond to keep the filling in place. This allow the dentist to simply remover the decay or stain and bond the new filling in place. No undercuts are necessary and along with the bonding process, the tooth actually becomes stronger.

That should be enough to think about until next time where we will discuss the big winner. Asthetics!

Comments Off on Silver amalgam vs. tooth colored fillings continued

Today, I would like to begin a discussion on the two major types of filling materials most commonly used in dentistry today. This topic is surrounded with controversy but my discussion will focus on facts that everyone will verify. As a disclaimer, I have not used metal fillings for the last fifteen years. Here we go.

Silver fillings are sometimes referred to as mercury fillings. This is partially true. These fillings are also known as amalgam fillings because they are actually an amalgamation of several metals such as silver , copper, zinc and yes, mercury. This material has been used for dental fillings for many, many years. The mercury in them is thought to stable when the material is set and is thought to remain that way in the mouth. This is one of the major controversies, whether the mercury remains stable. Much research has been done and the material is still deemed safe by the American Dental Association and the Food and Drug Agency. It is banned, however, in several countries in Europe.

One thing is certain. These are heavy metals that would be toxic in the tissues of the body. Dentists are required to have sophisticated filtration systems in their offices to prevent the contamination of waste treatment facilities when they are removed from the mouth. Further, the disposal of amalgam that has been removed from teeth is strictly regulated and very costly.

Another negative aspect of silver amalgam is with the techniques required to place them. These fillings are held in place by the shape of the cavity. The dentist must create undercuts in the tooth which creates a mechanical retention of the material when it sets. These undercuts can weaken teeth as most anyone who has broken a tooth while eating can attest.

In the interest of not being overwhelming, I will end the discussion today and pick it up in the next blog. Stay tuned.

Comments Off on Tooth colored fillings vs. silver amalgam fillings. A rational discussion.

Within every area of our lives, proper communication is critical. This is especially true between the dentist and patient because much of dentistry is done to satisfy a patients concern about a problem that they have identified.

Years ago, dentistry was fairly simple. Our understanding of the disease process was limited and the focus was on the obvious. Usually the conversation revolved around if the patient had cavities, how many and how many appointments would it take to fix them. Even the financial discussion was fairly brief because years ago, dental insurance would pay a much greater percentage of treatment as compared to today. That is a topic for another blog.

Today, we have a much greater understanding of  the several disease processes that affect our patients. We also have a tremendous number of new materials and techniques at our disposal to restore teeth to their original beauty. This has led to a number of different options usually available to treat specific dental concerns.

It is because we now have these options that communication has become more important between patient and doctor than ever before. The options available to us vary greatly in cost,  complexity and in the final result. We are blessed to be able to give our patients more treatment options than ever before.  It is critical that the patient and the dental team agree on an appropriate treatment plan for each individual patient.

No two patients are alike, so treatment must be tailored to the individual. This is where communication is key, both from the patient and from the doctor. So please, ask your dental team to explain your treatment options so that you completely understand your choices. No question should seem too trivial and keep asking until you understand all the issues. It will make everyone happier. There is nothing better than an educated patient.

Comments Off on Communication
Older Posts »